A while ago I attempted to sew some zipped pencil cases. They worked out ok but I was rather baffled by the whole process and rather scared of getting back on the zip wagon (!)
So my friend Mary, (who pretty much gets a mention every time I post on here) offered to give me a wee tutorial.

We had a nice morning sewing and chatting, I paid her in wine and left feeling much happier about my zip skills.

As time has crept by I’ve been aware of the need to have another go to reinforce what she showed me. So yesterday I did.

As predicted I had forgotten quite a few things. Luckily I found a good tutorial which was petty similar to what Mary showed me. I would have found it really hard with just photos and text, so the combination of the two worked well.

These are such lovely (and useful) things to make, so I really need to keep perfecting those tricky zip ends! 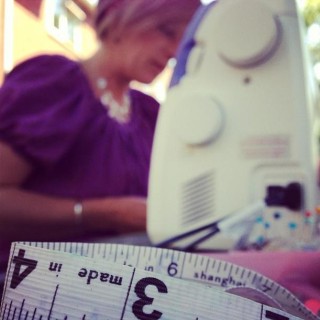